Text: The lights go down. A cry escapes from the crowd and immediately is taken back. It begins much like the great clamour which dying throngs have wailed into the night down through the centuries. These people are creatures who love the daylight. Their kind emerged from the compressing and transforming power of light. But the night of the cinema is far from long. They scarcely have time to suspect their death and the happiness of imperishable feeling; they are like swimmers who plunge their heads underwater and then keep their eyelids and lips and teeth tightly clenched, in order to experience a discomfort, an oppression, a suffocation, and then suddenly burst back through the surface into life.

A bright circle abruptly illuminates the far wall. The whole room seems to sigh, “Ah!” And though the surprise simulated by this cry, they welcome the resurrection they were certain would come.

The group dream now begins. They sleep; their eyes no longer see. They are no longer conscious of their bodies. Instead there are only passing images, a gliding and rustling of dreams. They no longer realize they are in a large square chamber, immobile, in parallel roads as in a ploughed field. A haze of visions which resemble life hovers before them. Things have a different appearance than they do outside. They have changed color, outline, and gesture. Creatures seem gigantic and move as if in a hurry. What controls their rhythm is not ordinary time, which occupies most people when they are not dreaming. Here they are quick, capricious, drunken, constantly skipping about; sometimes they attempt enormous leaps when least expected. Their actions have no logical order. Causes produced strange effects like golden eggs.

The crowd is a being that remembers and imagines, a group that evokes other groups much like itself – audiences, processions, parades, mobs in the street, armies. They imagine that it is they who are experiencing all these adventures, all these catastrophes, all these celebrations. And while their bodies slumber and their muscles relax and slacken in the depths of their seats, they pursue burglars across the rooftops, cheer the passing of a king from the East, or march into a wide plain with bayonets or bugles.

Comment: Jules Romains (1885-1972) was a French poet, novelist and creator of the Unanimism literary movement. He later wrote a ‘cinema-novel’ that attempted to combine the two artforms, Donogoo-Tonka ou Les Miracles de la science: conte cinématographique (1920). The impression of the projected image as a circle comes from knowledge of magic lantern practice, and is a mistake reproduced in several illustrations of film shows from this period.

Text: There was a cinema at Chantilly. There were local cinemas everywhere in those days. Chantilly was not a large town, but I think it had two. The one near us was down a side street and advertised that it was open for business by an electric buzzer which rang until the show started. I can hear that remorseless bell shattering the calm under the plane trees whenever I think of Chantilly. It is curious how the French, most sensitive of nations, are insensitive to noise, particularly if it is a new and splendid noise that stands for Progress.

The films were mostly serials, like the French films I had seen at the Palais de Luxe in Canterbury. One of my earliest movie images is of Fantomas, the Master Crook of Paris. When he wasn’t wearing white tie and tails, a can, a top hat, and an opera-cloak, he was in black tights with a black mask, performing incredible feats of hide-and-seek with the police. The image that stays with me is of an open cistern of water in the attic of some house. The police dash in, in pursuit of Fantomas, and find nobody. Baffled, they withdraw, but the Chief takes one last look at the cistern, sees a straw floating on the surface of the water, gives it an idle flush. Aha! we all think. And sure enough! As the last policeman goes, the water stirs and bubbles and the black form of Fantomas appears from the depths, between his lips the straw through which he has been breathing! I can see now his black figure, glistening like a seal’s, smiling triumphantly at the camera. For, in silent films, one learnt to “register” to the camera.

Candy and the movies have always gone together, and in the intervals at Chantilly girls moved up and down the aisle chanting “pochettes surprises! … esqimaubriques!” There were frequent intervals. In 1919 most films were short comedies. In addition they were playing an interminable serial in fifteen episodes of The Three Musketeers, and there was another serial staring the famous French boxer Georges Carpentier. I believe that d’Artagnan was Aimé Simon-Girard, and as a movie historian I ought to check it with the dates, but I really don’t think it matters. Aimé Simon-Girard was in practically every romantic French costume film of that decade and the Musketeers serial may have been a year later. The Carpentier film I remember well. He was not an actor of any kind, but he was charming, and his flattened nose on his pretty face gave him a different look. The film was full of stunts, of course. All serials had to be full of stunts: jumping on and off moving trains. onto moving automobiles, flights on the edge of high buildings, all the tricks of the trade, from Georges Méliès to Superman. Carpentier moved obligingly (he had a pleasant smile) through the scenes, and we all thought he was splendid. Films were tinted then: the predominant colour of the Carpentier serial seemed to be green. The Musketeers did their stuff in a sort of Old Master yellowish-brown, suitable for cloak and rapier adventures. Night scenes, of course, were blue.

Comment: Michael Powell (1905-1990) was a British film director. His family stayed for a time immediately after the First World War at Chantilly in France, where his father had a share in a hotel. Les Trois Mosquetaires with Aimé Simon-Girard was made in 1921; the Georges Carpentier serial is probably Le trésor de Kériolet (France 1920).

I am writing to thank you once more for the enchanting evening you gave me and my friend last night. Wherever I was yesterday and again this morning, people said what a brilliant session it was, and how enthusiastic the audience was, as you know from the extent of the applause. We were delighted to discover these marvels, never before seen in Paris. I am sure that they will spread throughout the country.

I am most grateful to you for having given my guests a preview of this fine show which is an important landmark in the story of the photographic sciences. Allow me to compliment you, you and your brother, on the magnificent results you have obtained and to express the pleasure which I ex[p]erienced on viewing them.

Further, I enclose all the letters I received in response to my invitations, filed according to whether they are acceptances or not. Several people who said they would come did not and others who did not reply, did come. The entire Bouvier dinner came as a gang. All in all, about one hundred and fifty people probably passed through the rooms where the projection was held on Thursday night. A pleasure for everyone. 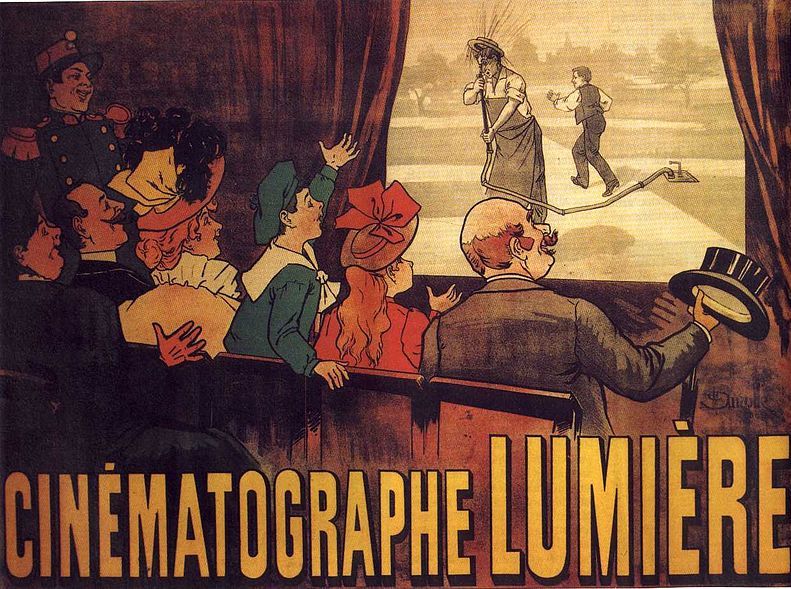