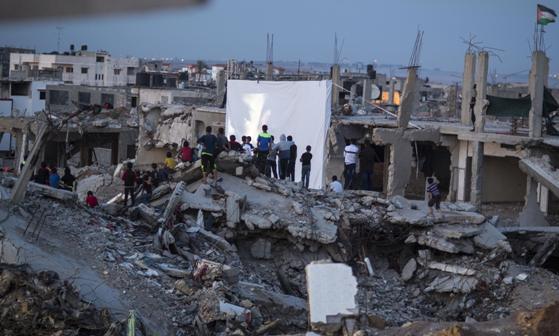 Comments: This photograph shows Palestians in the el-Shuja’ia neighbourhood, east of Gaza City, watching a film during the Karama-Gaza Human Rights film festival, popularly known as ‘Red Carpet’. My thanks to Deac Rossell for pointing out the photograph to me.