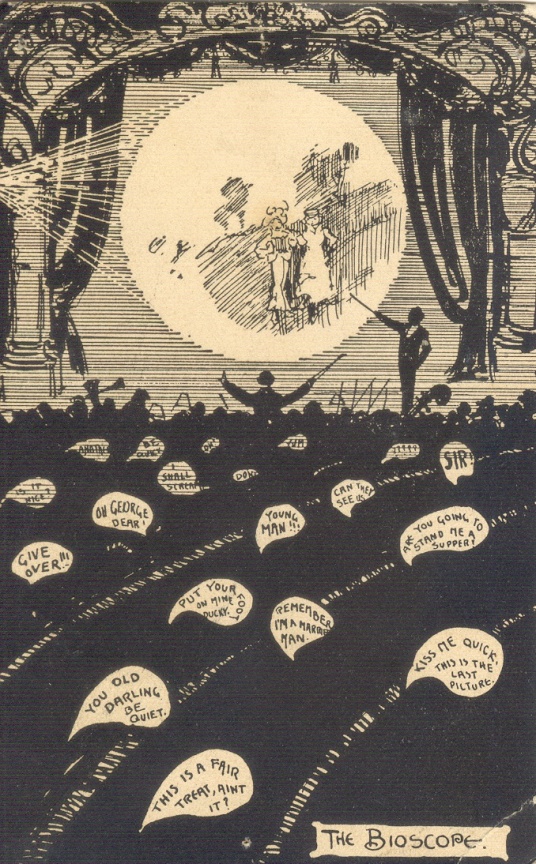 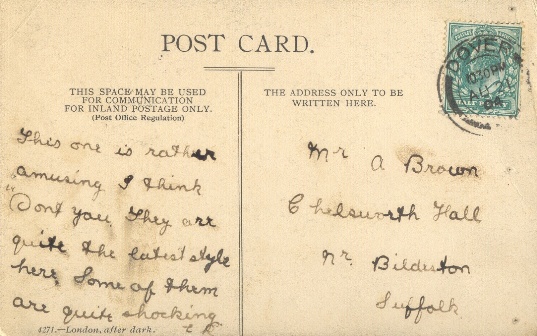 Comments: This is an unusual example of a cinema-related postcard where the message on the back makes reference to the image on the front. The writer says, “This one is rather amusing I think Don’t you. They are quite the latest style here. Some of them are quite shocking.” The postcard show the audience at the screening of films in a variety theatre. A lecturer points out the image (mistakenly shown as a circle after magic lantern practice) and an orchestra plays while the audience reveal what they are saying to one another in the safety of the dark. The messages include “Kiss me quick, this is the last picture”, “Put your foot on mine, ducky” and “Remember I’m a married man”. The Bioscope was the name of a projector that became a generic name for early film shows. Though the postcard is meant to represent London the writer notes that such film shows are popular in Dover, so this entry has been classified under both places.