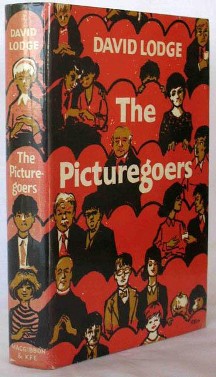 The question startled him.

‘I beg your pardon?’ he said politely, and peered down through his spectacles at the group of rough dirty children who surrounded him.

Father Kipling smiled uncertainly, and decided on an I’m-in-the-same-boat-as-you-fellows approach.

‘Well, really, you know, I don’t think that I can afford it.’ Things had come to a pretty pass when children begged unashamedly on the streets for money to indulge in luxuries such as the cinema. He glanced meaningfully at his companions, and began to explain.

”Ere’s the money, Guv.’ A grimy, shrivelled paw held up some silver coins.

‘But why?’ asked Father Kipling, bewildered.

The leader took a deep breath.

Father Kipling listened carefully to the explanation. At the end of it he said:

‘The really, you’re not allowed to see this film unless accompanied by a parent or guardian?’

‘Well then, I’m afraid I can’t help you, because I’m certainly not your parent, and I can’t honestly say I’m your guardian. Can I now?’ He smiled nervously at the chief urchin, who turned away in disgust, and formed up his entourage to petition another cinema-goer. Father Kipling stared after them for a moment, the hurriedly made good his escape.

Inside the foyer he was faced with a difficult decision: the choice of seats. The prices all seemed excessively high, and he was conscious of a certain moral obligation to go in the cheapest. On the other hand, this was a rare, if not unique occasion, and as he had few enough treats, he was perhaps entitled to indulge himself to the extent of a comfortable seat. He couldn’t choose the middle price, because there were four. As he hesitated he caught the eye of the commissionaire staring at him, and he hastily purchased a ticket for the second most expensive seat.

For the next few minutes he seemed to be in the grip of a nightmare. When the young woman at the swing door had rudely snatched the ticket from his hand, and just as rudely thrust a severed portion of it back again, he was propelled into a pit of almost total darkness and stifling heat. A torch was shone on his ticket, and a listless voice intoned:

‘Over to your left.’

In the far recesses of the place another torch flickered like a distant lighthouse, and he set out towards it. When he couldn’t see it he stopped; then it would flicker impatiently again, and he would set off once more. Beneath his feet he crunched what appeared to be seashells; he gasped in an atmosphere reeking of tobacco and human perspiration. Dominating all, the screen boomed and shifted. At last he reached the young woman with the torch. But his ordeal was not over. She indicated a seat in the middle of a full row. The gesture was treacherously familiar. Horror of horrors! He had genuflected! The usherette stared. Blushing furiously he forced his way into the row, stumbled, panicked, threshed, kicked his way to the empty seat, leaving a trail of execration and protest in his wake. He wanted to die, to melt away. Never again would he come to the cinema. Never again.

Comments: David Lodge (born 1935) is a British novelist and academic, who often writes on Roman Catholic themes. The Picturegoers is his first novel. The novel follows the visits to a London cinema in the late 1950s of a group of characters, using their thoughts and experiences to comment on religion and a changing society, reflected in the decline of cinema itself. Father Kipling has gone to the cinema under the misapprehension that he is to see The Song of Bernadette. Children asking adults to accompany them into the cinema so that they could see ‘A’ certificate films was a common activity in the 1950s.