Source: S[amuel] Begg, ‘A Hospital-Ceiling as a Screen for Moving Pictures: a Cinema for Bedridden Wounded Soldiers at a Base in France’, The Illustrated London News, 10 August 1918, p. 1, reproduced at http://www.illustratedfirstworldwar.com/item/a-hospital-ceiling-as-a-scren-for-movig-pictures-a-cinema-for-bedridde-iln0-1918-0810-0001-002/ 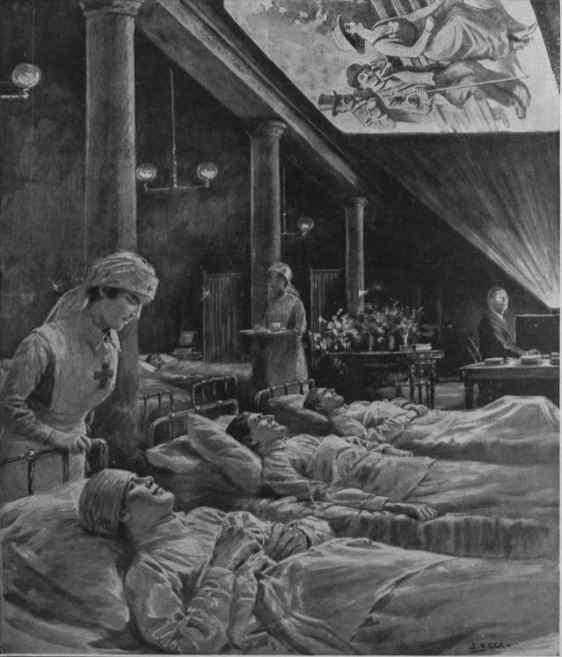 Comments: Samuel Begg (1854-1936) was a British artist, who was raised in New Zealand, and who became well-known as an illustrator for the British magazine The Illustrated London News. The text that accompanied it says:

A novel use of the cinematograph has been introduced into certain American base hospitals in France. For the amusement of wounded men who are unable to sit up or leave their beds, pictures are thrown on the ceiling above their beds by means of portable projectors. Thus they are enabled to enjoy the antics of Charlie Chaplin and other heroes and heroines of the “movies,” like their more fortunate comrades, who can move about and attend the ordinary type of cinema entertainment. How great a boon this ingenious device has proved to bedridden patients may be easily realised by anyone who has ever spent long and tedious hours in bed watching the vagaries of flies crawling on a ceiling.

The image and text were based on this original published in the American magazine Popular Mechanics, July 1918 p. 163 (unnamed artist): 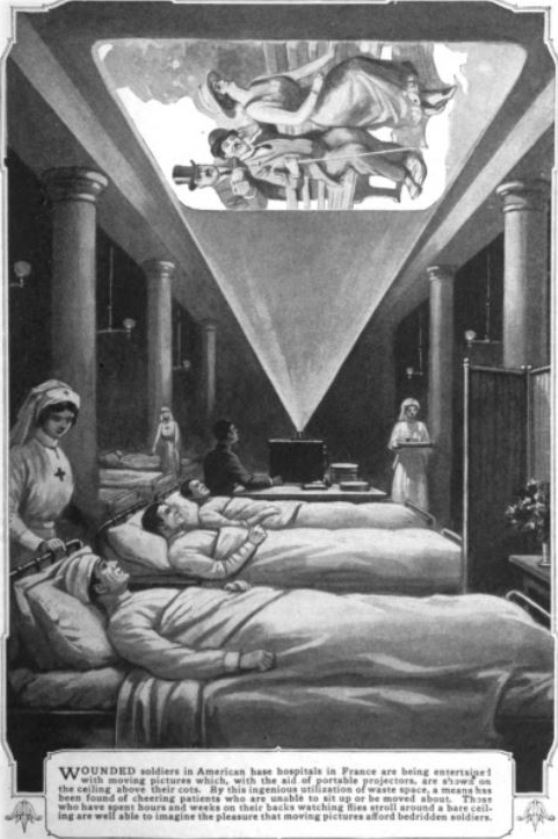