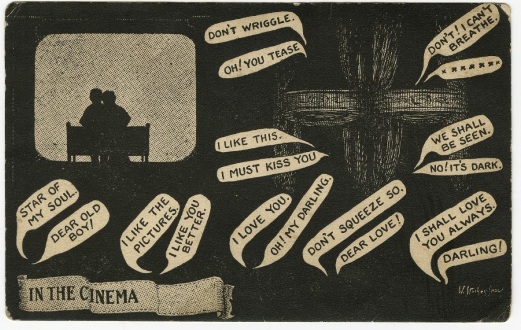 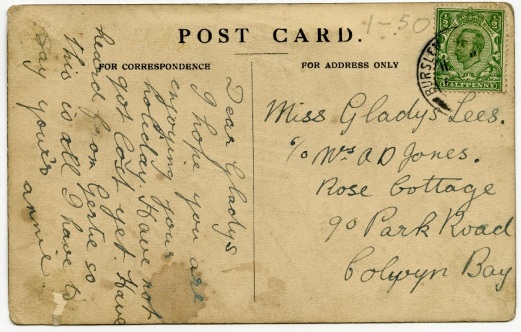 Comments: William Stocker Shaw (1879 – ?) was a prolific British comic postcard artist. This is an example of one of the many postcards from this period which play on the idea of the cinema as a place for sexual licence because it located people in the dark. The thoughts of the audience are complemented by the image on the screen. The venue portrayed is a theatre, with box, rather than a cinema. The message on the reverse of the card makes no mention of the image.