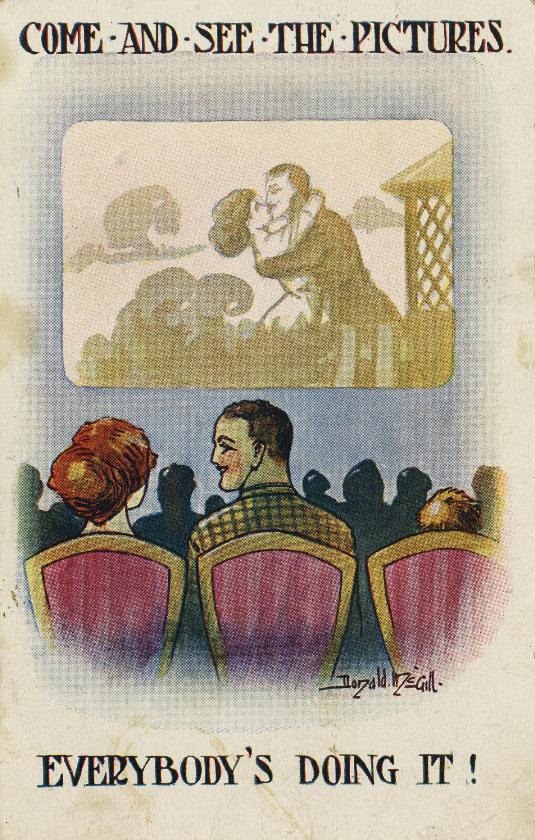 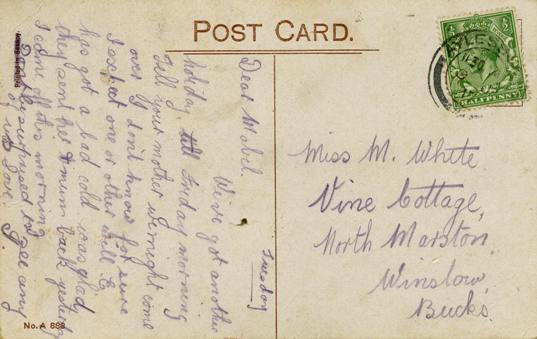 Comments: Donald McGill (1875-1962) was a British postcard artist who became famous (and at times notorious) for his ‘saucy’ seaside postcards. Postcards in the 1910s commonly depicted the cinema as a place of sexual licence, where romantic scenes on the screen were reflected in the thoughts of those in the audience.