Source: ‘At the Cinema’, undated and unsent British postcard, c.1910s, from the Nicholas Hiley collection 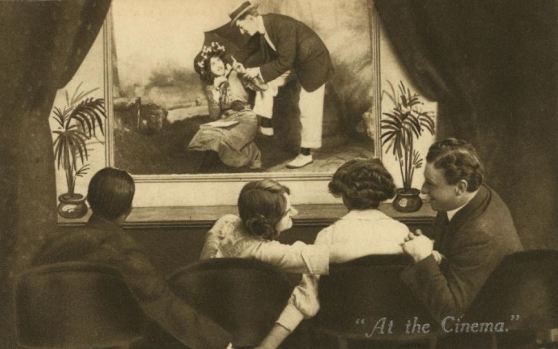 Comments: Romantic confusion or subterfuge among audience members was a common subject for comic postcards of the early cinema period, as was the correlation between romantic behaviour on the screen and among those watching (or not watching) it.