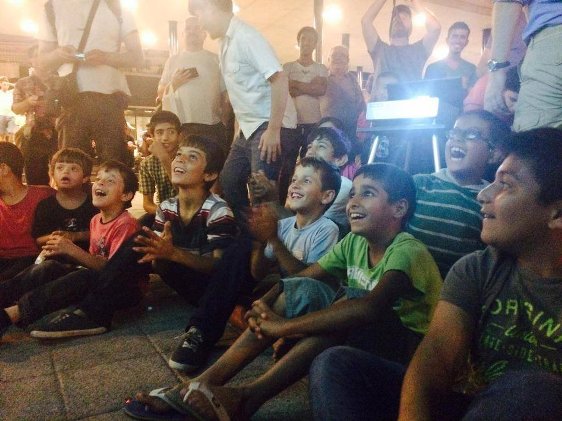 Comments: The photograph shows Syrian refugee children in Budapest, Hungary, watching an impromptu screening of Tom and Jerry cartoons, set up outside Keleti railway station by a local events company. The accompanying text reads: “Some rays of light. Hungarian volunteers have set up an outdoor projector playing ‘Tom & Jerry’ for kids. #keleti” The image was much retweeted at a time when resistance by the Hungarian authorities to supporting refugees from the fighting in Syria dominated news headlines. Andrew Byrne is an Irish journalist.